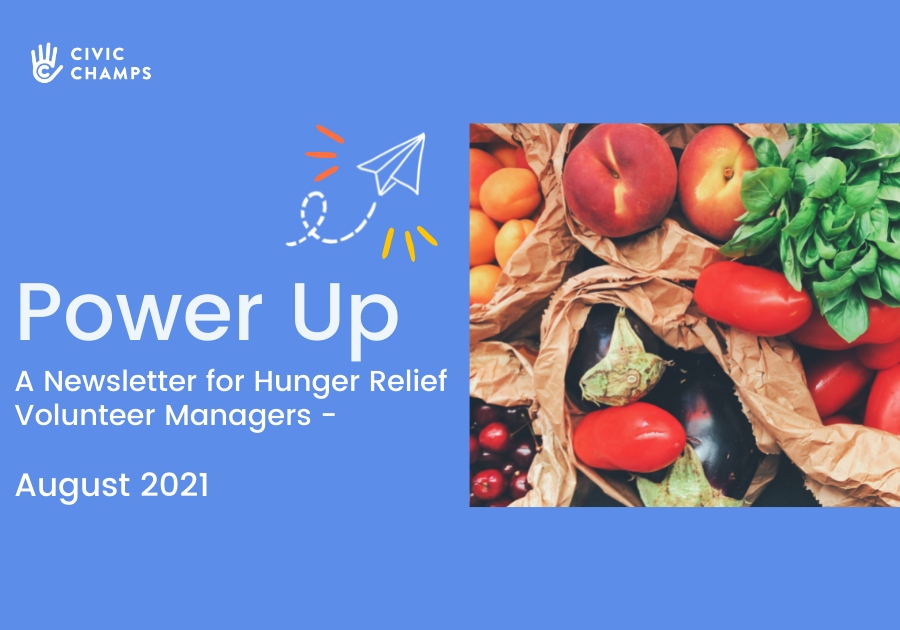 August 17th was National Nonprofit Day which recognizes the goals and positive impacts nonprofits have on communities and the world.

USDA Modernizes Thrifty Food Plan After more than 45 Years and Updates SNAP Benefits- The Thrifty Food Plan, a model food plan that is supposed to be based on the cost of purchasing a modest but healthy diet for a family of four and is used to calculate SNAP benefit levels, had not been updated since 1975 and failed to capture shifts in food costs and consumers’ circumstances. The update is also expected to increase the amount of USDA commodities available to food banks USDA Press Release

The agency will target low-income communities that have been affected by the pandemic.

The USDA announced 20 awards totaling $61.5 million for Nutrition Incentive Grants and 15 awards of $7.5 million for Produce Prescription Grants which are all a part of the National Institute of Food and Agriculture’s Covid Relief program  Meat + Poultry

How the Food Stamp Increase Boosts the Economic Recovery - Every dollar spent on SNAP benefits generates $1.67 in economic activity, according to calculations by Mark Zandi, chief economist at Moody's Analytics, proving that fighting food insecurity is a good investment for a recovering economy NBC News

“A modernized Thrifty Food Plan is more than a commitment to good nutrition – it’s an investment in our nation’s health, economy, and security”