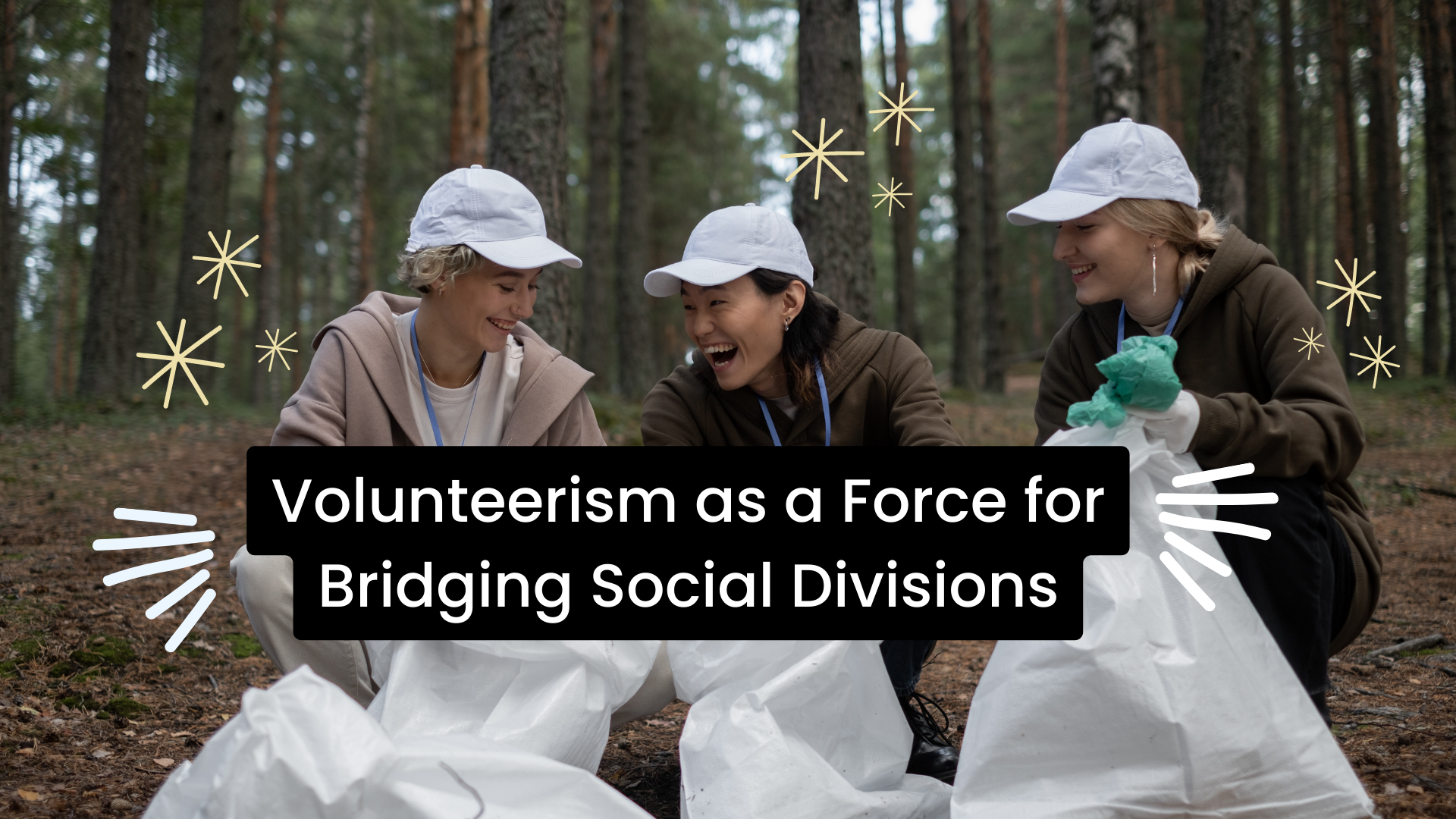 On May 24th there was another school shooting - this time at Robb Elementary School in Uvalde, TX.  19 children and 2 teachers were killed.  It was a senseless act of violence and it will inevitably lead to a heated debate on what our response should be as a country.  While most tragedies help bring communities together - shootings can lead to the opposite here in America. This phenomenon is irrefutably a symptom of the increased political, social, and economic divides in our country.

I don’t pretend to know what all the answers are but I do know that unless we start to empathize with each other and see “the other side” not as enemies but as neighbors, there is no way forward.  And perhaps I am biased but I believe volunteerism can be a powerful force to help bring us together as a community and help build empathy for each other.

In her TED Talk “On Being Wrong,” author Kathryn Schulz notes our tendency to believe that when people have access to the same information, but they disagree with our beliefs, they are wrongdoers who “are deliberately distorting [the truth] for their own malevolent purposes.”

Whether the conversations are about gun control, abortion, climate change, politics, gender identity, race, or any other hot button topics, it has become more common for people to feel like those who are on the opposing side of their beliefs are not only misguided, but just plain evil.

When there is an “us versus them” dichotomy, it can be difficult for people to find common ground and treat one another with respect, leading to bitter feelings and conflicts.

Volunteering won’t magically end racism, sexism, homophobia, and the other issues in our society. However, it can help people from different backgrounds who would normally see one another as wrong, ignorant, or even evil to form mutual respect and see beyond their differences as they serve their communities together.

Serving alongside others for a common cause creates a strong sense of community and belonging that makes a positive difference in people’s lives.

When people are searching for community and a place where they feel like they belong, they gravitate towards groups that share their ideologies.

While this is a natural tendency, it can be problematic when people try to find community based on what sets them apart from others rather than what unites them. When these groups promote an “us versus them” mentality, it can perpetuate harmful stereotypes and make it exceedingly difficult for individuals to respect those with differing beliefs.

Christian Picciolini, a self-proclaimed former neo-Nazi who now speaks and writes books about de-radicalizing white supremacists, says the search for community and purpose was the driving force behind his decision to join a neo-Nazi group as a teenager, noting that it was only their shared hatred for an outside group that provided any semblance of unity or connection.

When people are only able to find common ground with others by hating those who disagree with them, it leads to negative incidents that are harmful for our society. Volunteering can help combat this by providing opportunities for people to connect with others in a positive way.

When you volunteer at Habitat for Humanity to build housing or you volunteer to be a mentor at Big Brothers Big Sisters of America and you meet other people there, you immediately have a measure of respect for them as you have a shared commitment towards your community.

There is no “us and them,” but rather people from different backgrounds with different belief systems that are able to unite and find belonging based on their desire to protect animals, preserve the environment, care for the homeless population, or a variety of other positive actions.

When people volunteer, they are able to work with people from diverse backgrounds whom they may not have ever rubbed elbows with otherwise.

In many cases, social divides occur when people maintain false beliefs and harmful stereotypes about those who do not share the same beliefs or those with different backgrounds and upbringings. It isn’t until people start to have empathy for one another that these divides can be bridged.

Picciolini maintains that the key to getting him to leave his neo-Nazi group was realizing that the people he was demonizing and feeling hatred toward were not actually the negative presence he thought they were: “When I started to meet people that challenged what I believed about them…when I finally started to get peeks at what these people were really like, things changed.”

Volunteering provides a similar chance for individuals to get to know people who they would normally be tempted to judge and allow them to form bonds with one another instead.

As people learn about their fellow volunteers, they will be more open and empathetic as opposed to immediately judging them as being wrong. It’s hard to feel negatively about someone who is dedicated to a cause that is also near to your heart, even if they don’t share all of your political convictions or ideology.

Someone who is pro-life and someone who is pro-choice can share laughs as they talk about the funniest experiences they’ve had while volunteering at an animal shelter. Instead of seeing the other individual as the enemy, they can see one another as fellow animal lovers.

A staunch Democrat and a staunch Republican can high five and grab a bite to eat together after successfully getting a few hundred people to sign up for an Alzheimer’s awareness walk. Instead of getting mad at one another for being on opposite sides politically, they can grow in empathy for each other as they share stories about their loved ones that have been affected by Alzheimer’s.

That is the beauty of volunteerism and one of the main motivators that inspires me to keep working on Civic Champs. By promoting volunteerism, we can help reknit the social fabric of our local communities, bringing people from different backgrounds together and helping them find mutual respect and understanding.